Traffic police in Bengaluru, India, are now using Reveal’s body cameras after a pilot phase was successful in reducing aggressive incidents with members of the public.

The officers enforce traffic laws throughout the busy city of Bengaluru, sometimes known as Bangalore, and can encounter hostile situations due to agitated members of the public. The officers trialled Reveal’s RS2-X2 body cameras in a bid to reduce violence against the traffic police and also reduce complaints against them.

Reveal’s body cameras feature a forward-facing playback screen which enables members of the public to see themselves being recorded and often de-escalates situations. The forward-facing screen makes the member of the public aware of their behaviour from the officer’s perspective and has contributed to assaults on officers falling by a third, a UK study found.

A study conducted by Rialto Police Department, California, found that body worn video reduced the overall amount of force used by a police officer by 50%.

There are many reasons for this, such as the camera's ability to increase officer accountability. A report published by the Police Foundation claims that body worn video creates a ‘self-awareness leading to socially desirable behaviour.’ This evidence suggests that the body cameras provide a pathway to transparency between officers and members of the public.

Related to this, body worn video has been associated with a 90% reduction in complaints against officers.

The footage from the body cameras is securely stored on Reveal’s DEMS (Digital Evidence Management Software). Through DEMS, the footage can be managed, and shared, both internally across policing departments and externally to legal bodies, in the case that some footage becomes evidential.

Evidential footage can be used in criminal proceedings and aids the justice system but helping to quickly convict criminals. Body worn video was associated with a 90% increase in early guilty pleas by Grampian Police, UK, which saves a significant amount of time and money of the police and legal authority.

To find out more about the RS2-X2 camera that the traffic police in Bengaluru are using please click here. 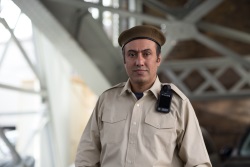